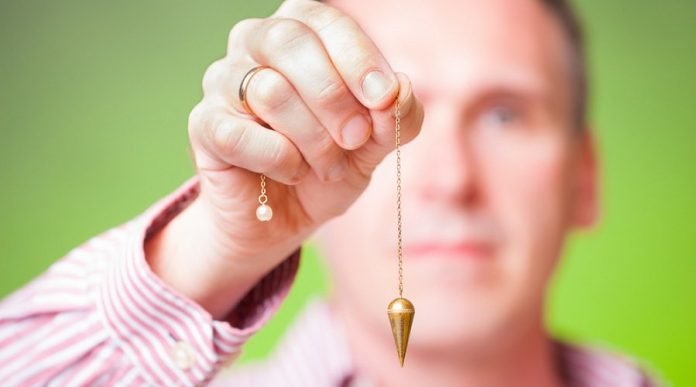 Many people are disappointed with a variety of diets to lose weight and want a more drastic method that relieves them from overweight. This is especially true for those people who do not have free time for split meals or who visit the gym.

It comes to rescue the coding of obesity by several methods that give good results. The most common methods for coding weight loss are: the Smelov method and the Dovzhenko method.

The method of coding obesity is to perform psychotherapeutic sessions to inculcate certain information to the patient. The psychological attitude develops in a subject with overweight the fear of overeating, which gradually leads to its decline.

The principle of coding is a strong impact on the subconscious with a concomitant problem, therefore, it is a common hypnosis, during which the doctor who uses the configuration inspires certain beliefs to the patient.
The psychological programming of a person for fear helps to change the established eating habits and priorities, attenuating the habitual reflections to eat. As a result, the habit of eating healthy without overeating develops gradually.

Regardless of the coding method chosen for obesity, the treatment should only be carried out by a specialist doctor with extensive experience in this field and, what is more important, the positive results of the work performed.

What is coding for obesity?

The coding of excess weight consists of several stages so that the patient suffers a psychological attack without problems, as the human psyche becomes vulnerable.
The first stage of any method is to find the causes of obesity and the problem by which a person began to recover. After all, if the cause of the excessive weight gain is found, the psychotherapist will deal with it more quickly and adjust the person to the correct lifestyle.

Many cases of excessive obesity are found in the following points:

As a result of the absorption of large quantities of food, the psychological trauma becomes a physical problem, which requires not only hypnotic treatment, but also medical treatment, since all the internal organs begin to suffer.

The second stage of codification of obesity is to conduct hypnotic sessions, during which the patient is instilled fear of consuming a particular product, fear of overeating or aversion to products that a person can not reject Yes, alone. These are the products from which excessive weight gain occurs.

For example, an experienced psychotherapist, even after a session, instills an aversion to cake or candy.

Where to go better?

For the chosen method of weight loss to give positive results to a person, is it necessary to know exactly where to go to code for obesity? According to the numerous patient reviews, you can reach the only correct conclusion: you should contact only specialists to avoid losing time and money.

If a person decides to code, he must choose a doctor who has a diploma from a medical institution with a psychologist or psychiatrist degree, and not from a health center, so it is better to contact a clinic known for its positive comments . Do not entrust the procedure to alternative doctors who call themselves energetic or esoteric therapists.

The Smelov method involves influencing certain parts of the brain that do not respond correctly to certain foods. In fact, in the cerebral cortex there are two centers responsible for the sensation of hunger and satiety. By influencing them, Dr. Smelov developed his own way to lose weight:

As a result of the session carried out by the Smelov method, there is a decrease in appetite. It produces a constant result, during which there is a slow weight loss and the realization that you need to eat properly and low in calories.

According to the Dovzhenko method

The coding of obesity according to the Dovzhenko method was developed about 30 years ago and during this time it has shown positive results in different stages of obesity. During this period, the technique developed has been recognized by many modern psychotherapists, therefore, it is actively used in practice.

The essence of the method lies in a slight impact on the psyche and the subconscious of a person, while the patient’s desire is necessary, otherwise the process will not work. The coding is often done in only two sessions, in which adequate nutritional schemes are developed.

An overweight person is carefully inspired to develop an adequate nutritional scheme, as well as the damage of eating excess food.

Coding for obesity in the home.

Coding obesity at home, for example, through a recorded video, is extremely dangerous, since there is an invasion of the subconscious part of a person. A person can not cope with such a condition alone, so it is better to go to a specialized clinic.

The consequences of an invasion by an uncontrollable doctor of the subconscious are: incessant excessive effort, aggression, inexplicable fear.

In addition, you need to know and contraindications to the psychotherapeutic procedure:

The problem of excess weight is solved only by complex measures, therefore, in addition to the psychological impact, it is necessary to develop a diet in a competent manner and be forced to do minimal physical exercise.

Conclusions: numerous reviews of people with excess weight show the prevalence of this method to get rid of the extra kilos. Some fall 10 kg. The weight per month after coding for obesity, the other method does not work at all, because not everyone is exposed to psychological effects.

However, it is worth trying this technique, since most still have a stable result, and to verify whether a person is subject to mental methods or not, you should contact a psychotherapist.

2019-09-06
админ
Предыдущий Shelf for the TV on the wall. Do it yourself, no problem.
Следующий Vascular disease: symptoms and signs of vascular disease.

Suit of sauna to lose weight.

Back exercises for women and men.

The lack of these products causes headaches.

How to eat less to lose weight?

How to run to lose weight in the legs: tips and rules.

About exercising the triceps at home.

How to go to the bathroom when time is up? Just click on this point.

When can I practice sports after childbirth?

Exercises sitting on a chair in the office to lose weight: an exercise program

Five miracles will happen if you do this simple upside down pose effortlessly every day!

Exercises for the inner thigh at home.

Ayurvedic nutrition secrets: food is twice as tasty and the body

Exercises to lose weight at home and at work.

Egg and orange diet for 4 weeks.

How to do exercises for the sides and waist at home?

Slimming drink with ginger and lemon

There are certain categories of foods and beverages with which you can lose weight quickly, are combined in a group: fat burners. Such effective means of losing weight can be both professional (chemical composition) and ...

Cleanse the body of toxins and toxins in the home.

In situations where overweight is not eliminated with the help of adequate nutrition and regular exercise, and the condition is aggravated by chronic fatigue and loss of strength, the problem is most likely to be ...